The Wemmicks were small wooden people carved by a woodworker named Eli. Each Wemmick was different. Some had big noses, other s had large eyes. Some were tall and others were short.

Each Wemmick had a box of golden star stickers and gray dot stickers. The wooden people went around the village sticking stars or dots on one another.The pretty ones got stars. Wemmicks with rough wood or chipped paint got dots.The talented ones got stars, too. Some could jump over tall boxes or sing pretty songs. Others, though, could do little. They got dots.

Punchinello was one of these.

He tried to jump high like others, but he always fell. So the Wemmicks would give him dots. When he tried to explain why he fell, he would say something silly, so the Wemmicks would give him more dots. “He deserves lots of dots,” the wooden people would say.  After a while Punchinello believed them. “I guess I’m not a good Wemmick,” he decided. So he stayed inside most of the time.
When he did go outside, he hung around other Wemmicks who had lots of dots. He felt better around them.

One day he met a different kind of Wemmick named Lucia. She had no dots or stars. The Wemmicks admired Lucia for having no dots, so they would give her a star. But it would fall off.  Others gave her a dot for having no stars.  But it wouldn’t stay either. That’s the way I want to be, thought Punchinello.

So he asked Lucia how she did it. “It’s easy,” she replied.
“Every day I go visit Eli the woodcarver.””Why?
“You’ll find out if you go see him.”  Then Lucia turned and skipped away.
“But will he want to see me?” Punchinello wondered. Later, at home, he sat and watched the wooden people giving each other stars and dots.  “It’s not right,” he muttered to himself.  And he decided to go see Eli.

Punchinello walked up the narrow path and stepped into Eli’s shop. His eyes grew big. The stool was as tall as he was. He had to stretch on tiptoe to see the top of the workbench.   Punchinello swallowed hard. “I’m not staying here!” Then he heard his name. “Punchinello?”  The voice was deep and strong.

“Of course.  I made you. “Eli picked him up and set him on the bench. “Looks like you’ve been given some bad marks,” said the maker.

“Punchinello, I don’t care what the other Wemmicks think.”

“No.  You shouldn’t either. What they think doesn’t matter. All that matters is what I think. And I think you are pretty special.”

Punchinello laughed.  “Me, special?  Why? I’m not very talented and my paint is peeling. Why do I matter to you?” Eli spoke very slowly.

“Because you’re mine. That’s why you matter to me.” Punchinello didn’t know what to say.

“I came because I met Lucia,” said Punchinello.  “Why don’t the stickers stay on her?”

The maker spoke softly. “Because she has decided that what I think is more important than what others think. The stickers only stick if you let them.

“What?”
“The stickers only stick if they matter to you. The more you trust my love, the less you care about their stickers.”

“I’m not sure I understand.” Eli smiled.

“You will, but it will take time. For now, come to see me every day and let me remind you how much I care.”

Eli lifted Punchinello off the bench and set him on the ground.

“Remember,” Eli said as Punchinello was leaving, “you are special because I made you. And I don’t make mistakes.”

Punchinello didn’t stop, but in his heart he thought, I think he really means it.

And when he did, a dot fell to the ground.

Max Lucado: You Are Special (In: Punchinello and the Wemmicks)

This website uses cookies to improve your experience while you navigate through the website. Out of these, the cookies that are categorized as necessary are stored on your browser as they are essential for the working of basic functionalities of the website. We also use third-party cookies that help us analyze and understand how you use this website. These cookies will be stored in your browser only with your consent. You also have the option to opt-out of these cookies. But opting out of some of these cookies may affect your browsing experience.
Necessary Always Enabled
Necessary cookies are absolutely essential for the website to function properly. These cookies ensure basic functionalities and security features of the website, anonymously.
Functional
Functional cookies help to perform certain functionalities like sharing the content of the website on social media platforms, collect feedbacks, and other third-party features.
Performance
Performance cookies are used to understand and analyze the key performance indexes of the website which helps in delivering a better user experience for the visitors.
Analytics
Analytical cookies are used to understand how visitors interact with the website. These cookies help provide information on metrics the number of visitors, bounce rate, traffic source, etc.
Advertisement
Advertisement cookies are used to provide visitors with relevant ads and marketing campaigns. These cookies track visitors across websites and collect information to provide customized ads.
Others
Other uncategorized cookies are those that are being analyzed and have not been classified into a category as yet.
SAVE & ACCEPT 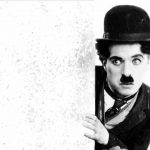 Charlie Chaplin – as I began to love myselfEgyéb kategória